When I read that former Boston Red Sox pitcher Mike Timlin was due to appear at a minor-league baseball game in Syracuse, I knew I had to be there.

Timlin, who played for the Syracuse Chiefs in the early 1990s en route to an 18-year major league career, was a key member of the Red Sox’ 2004 and 2007 World Series championship seasons.

He also pitched for the Toronto Blue Jays when they won the World Series in 1992 and 1993, his first two seasons in the majors. Not a bad way to launch a career.

Wearing my 2004 Red Sox shirt, a gift from my Sox-fan brother, I arrived at NBT Bank Stadium early to be among the first in line to get Timlin’s autograph. I didn’t feel the least bit foolish. The Sox, with their decades of heartbreak soothed by their recent success, are part of my DNA.

I thought about having Timlin sign the back of my shirt next to his printed name (the shirt lists the entire roster except for one player, but that’s another story). I thought it would be rude to turn my back to him, so I opted to hand him my crusty old Sox hat.

While he was signing it, I pointed out the shirt I was wearing and asked him how he was doing. Timlin’s one-word answer: “Awesome.” 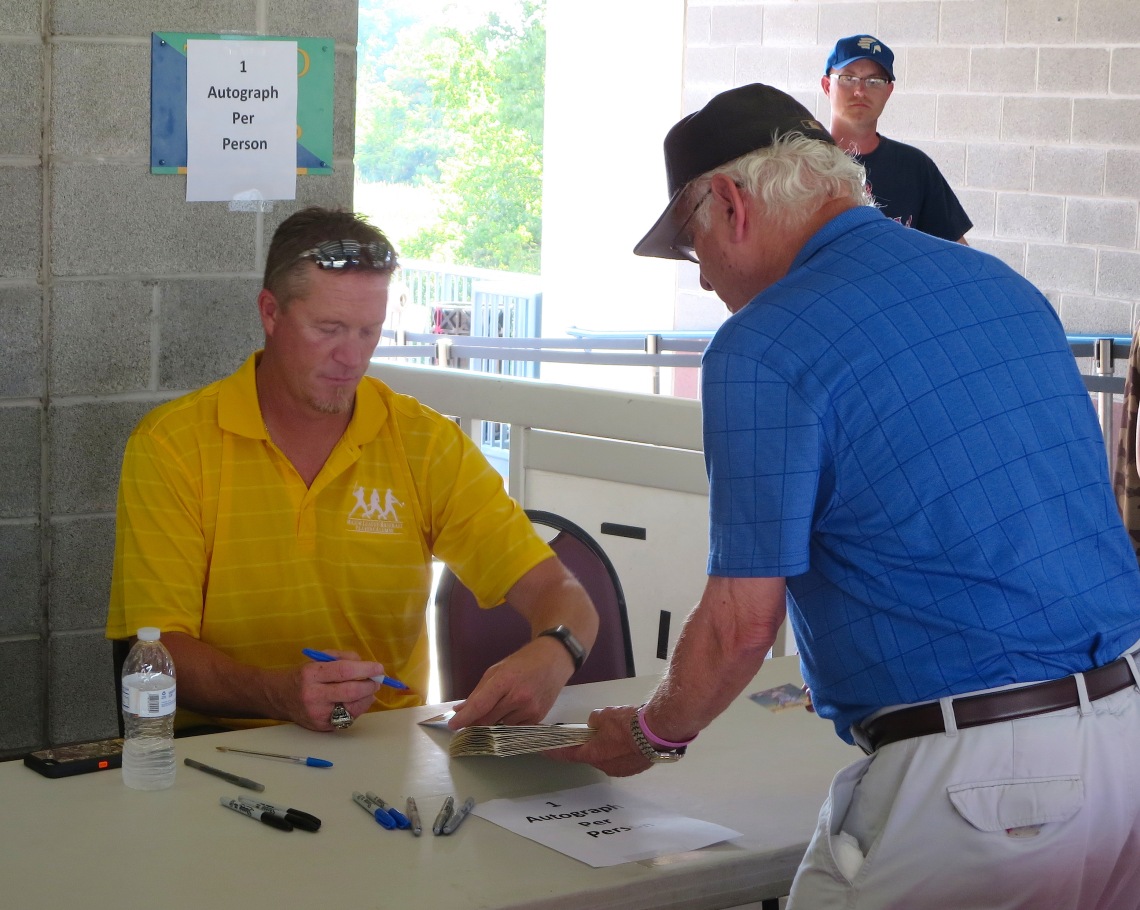